How knowing your money type can make you wealthier and improve your relationships (really!) 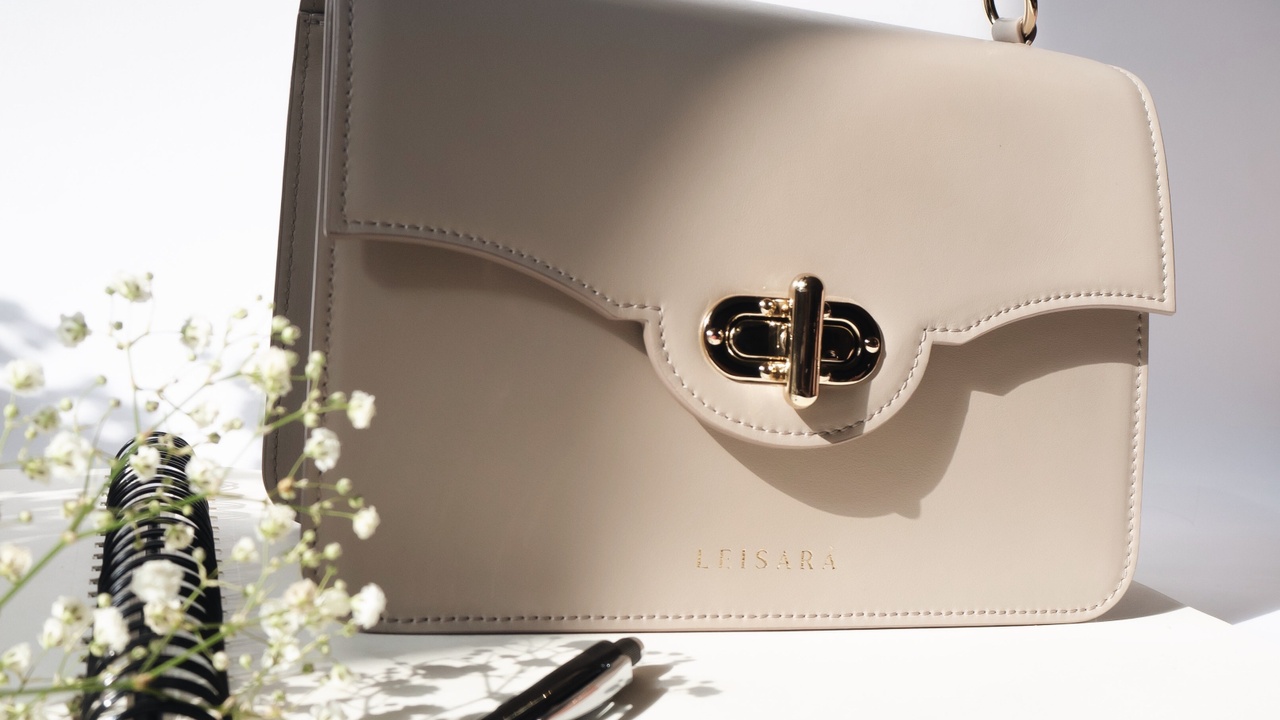 I recently attended the Canadian Grand Prix Formula 1 race in Montreal. I've been fortunate enough to be able to attend a few races and I’ve done so at all different levels of ticket prices, from general admission, where you sit on a lawn chair you bring to the team owner area where you are served chocolate covered strawberries during the race and meet all the drivers.

This year, I attended and wore my money coach hat (not literally: literally I wore a Red Bull one 😉) It was interesting to see people making decisions about where they should sit and what they should buy. F1 is a sport where race day tickets range from $130 to something like $14,000 per ticket. Some of the most die-hard fans are in the cheap seats and people who’ve never even watched Drive to Survive are in the best seats since they work for a team sponsor. There were lots of middle-class fans who’d flown to the race, and stayed at hotels that cost about 3x the regular price that weekend (and have 3-4 night minimums.) Some would see this as a splurge; for true fans, it was likely viewed as a necessity. 🏎

It got me thinking about the money types I use a lot in my coaching practice. I use Kendall Summerhawk's Sacred Money Archetypes as the toolkit in my Talk Money to Me money languages course.

Money types help you get away from the language of using words like cheapskate, spender, gambler: words that are not all that helpful when discussing money and tend to box people into behaviors rather than allow them to look at their money patterns.

Money types help you see if there might be a way to view money that better honours who you are, and acknowledges your childhood experiences with money as well as generational patterns.  A lot of your background with money will have been shaped by race or gender. There are so many discriminatory practices when it comes to money and if you've been othered in any way, it's sometimes harder to view money as a helpful tool and more as an instrument of oppression. And that will really impact how you use money. Do you feel free to spend it on wonderful events? Do you feel free to ask to earn what you're worth, rather than wait for someone to offer it to you (or not)? Knowing your money story, patterns and type can help you identify and overcome money blocks.

Money can be very complex and deep rooted. It can be hard to change your own or someone else's money patterns particularly if they are entwined with trauma. Rather than feeling shame that you aren't a natural saver like an Accumulator or boss your money like the Ruler type, money types help you see your natural approach to money and work on the gifts you have.

Every money type has gifts and every type has challenges.

We live in a world where certain types  - like the Accumulator who wants to save everything and build up a big bank account - are praised more than others. A lot of personal finance gurus out there really praise this type of person: the bigger the rainy day fund and the less spending on luxuries the better. But a lot of this is just racism, patriarchy, and capitalism. What would be seen as a good financial steward through one lens would be a wealth hoarder through another. There are no types that are better than others. Accumulators stack the paper, but they might not have as much fun. And they might not be as wealthy since they tend not to take risks or have the money flow.

Ignore any financial expert who think there is only one acceptable type.

So, using the race as the background, let's review the types (and keep in mind that most of us rely on 2-3 main types) .

The first type is the Ruler, and they believe that money is to build an empire and a legacy so you would definitely see that in like the actual teams - Red Bull Racing, Ferrari - they're they're working on building a legacy. And so money goes into building out the brand, paying engineers to create a better car so they'll have more wins. Rulers are often entrepreneurs. They feel that money is to be used to make more money, take some strategic risks, and take a leadership role. And so that's how they tend to spend their money.

The Romantic type is someone who likes to create beautiful experiences, so at the F1 race they would tend to be in one of the seating areas with shade and comfy seats and wait staff to bring them a drink. They are willing to pay a lot of money for a beautiful experience and to avoid the long lines. They see that as good value since they think that money is for providing a beautiful and comfortable life.

There were a lot of Nurturers at the F1 race who were there with their kids, including me. The Nurturer uses money to nurture the people that they love by spending to foster relationships or create opportunities for others. It looks like putting money into college savings. It's helping out a sibling who needs a loan. It is creating experiences for your kids that they would like to do like going to Disney. All other types love their families but don't see money as playing as big a role.

Often, in marriages, if one person is a Nurturer and the other is a Ruler, they can love their kids equally but express it quite differently when it comes to money. The Nurturer feels that they're loving their kids by spending money to create a certain type of childhood or give them a leg up in the world through spending money on them. A Ruler might feel that they're giving their children the best opportunity by building a business that they'll inherit by working really, really hard even if it means not being around as much. Knowing each other's money types and languages can be helpful in avoiding or managing conflict.

F1 drivers may be Maverick types they love to take risks. People who finance the teams might be that as well since Mavericks like to take a big swing with their money in hopes of reaping a major reward. You often see entrepreneurs who are Mavericks, and they tend to succeed wildly and become unicorns or they fail.

Connectors prefer other people take care of their money needs. During the Formula 1 weekend, there are lots of wealthy people in town and lot of people relying on these people for money. These people can be romantic partners or part of an entourage. As long as everybody is in agreement that the transactional nature of the relationship is agreed to it's fine. Often Connectors are not wealthy but are wealth adjacent so I always urge Connectors to have a healthy savings account since people can be fickle.

No type is all good. No type is all bad. All have shadow sides and all have tremendous gifts. It's just a matter of figuring out who you are and how to make your type work for you, which is where money type work comes in.

There was a true Alchemist at the race (also a Connector). He was wandering around the general admission section asking people for a place to stay that night and for free beer. He had enough money to get in to the grounds ($130 minimum) so I'm not sure his requests were out of necessity. I think he's just one of these money grows on trees, people. He would just walk up to groups of people and kind of make friends with them. And you know, next thing you know, he's helping himself from their picnic basket. So again, it takes all types to make the world go round.

Accumulators would very often not be at the race or would be in general admission even if they could easily afford the seats with the strawberries and champagne. An accumulator would just think it was absolutely foolish to pay for top of the line tickets. They're not right and the people paying for the top of the line tickets aren't right. It just all depends on your point of view. An Accumulator would be very uncomfortable in a $10,000 seat that they had paid for and the strawberries wouldn't taste good for them (they would taste delicious to the Romantic!) The race wouldn't look as good for them because the entire time they'd be thinking "this is money that could have been in my bank account, accumulating interest."

Finally, there is the Celebrity type who was built for Formula One weekend (or perhaps it was built for them.) Celebrity money types believe that money is for splashing around and sharing. It's for buying rounds of drinks for your friends and new friends you've just met. It's for staying at the best five star hotels and having a fabulous suite that will impress people you meet. As long as you can afford it and it's not leading you into overwhelming consumer debt then have fun with it.

This is your life. How you view money is entirely up to you.

The dialogue around money has been very Accumulator-centric. And that just doesn't work for all money types. We are not all accumulators, this notion that you know you don't have wealth because you bought too many lattes is absolutely foolish. The reality is a lot of wealth has been safeguarded historically, and has been colored by things like colonialism, slavery, sexism, racism, homophobia, ablism and more. The reality is a lot of historical wealth was built from slavery, land theft, racist and sexist banking rules and more. For many people, putting money into property ownership when that was historically unavailable or might be seized is foolish compared to putting it into experiences that can never be taken away.

Financial discussions should always consider money trauma, money origin stories, and money personality types. Until you release the shame and guilt around money and start to see your gifts, it doesn't really matter what financial strategy you employ. Wealth begins with healing your money story (contrary to popular lore, generational wealth is not squandered but is passed down through generations because those who grew up in financial abundance tend to expect it to continue and then take the steps to make sure that happens.)   . As you get a sense of the money types at work in your life, you can  begin to have a more constructive dialogue around money and to be able to recognize the other party with a sense of compassion knowing that their money story came from somewhere just as as yours did. More importantly, you can have more compassion for yourself.

If you are interested in exploring this further, check out my program: 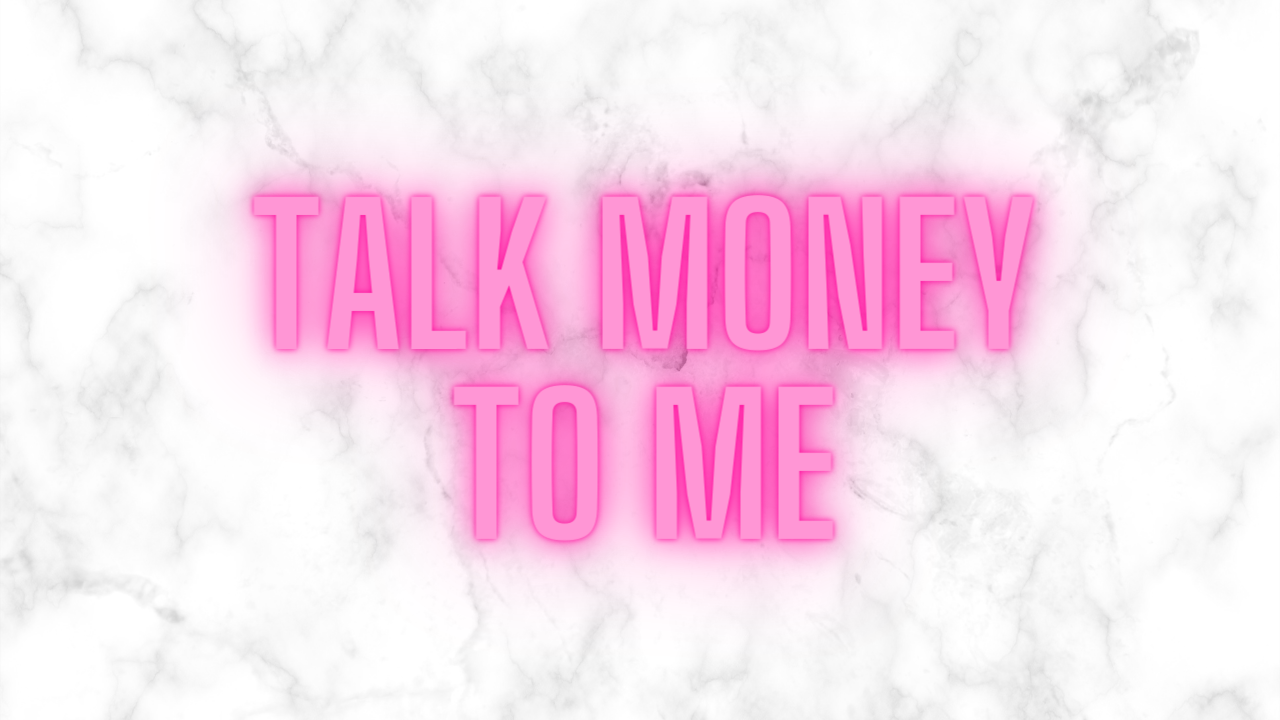