Mind Your Own Store: Putting an end to midlife gossip 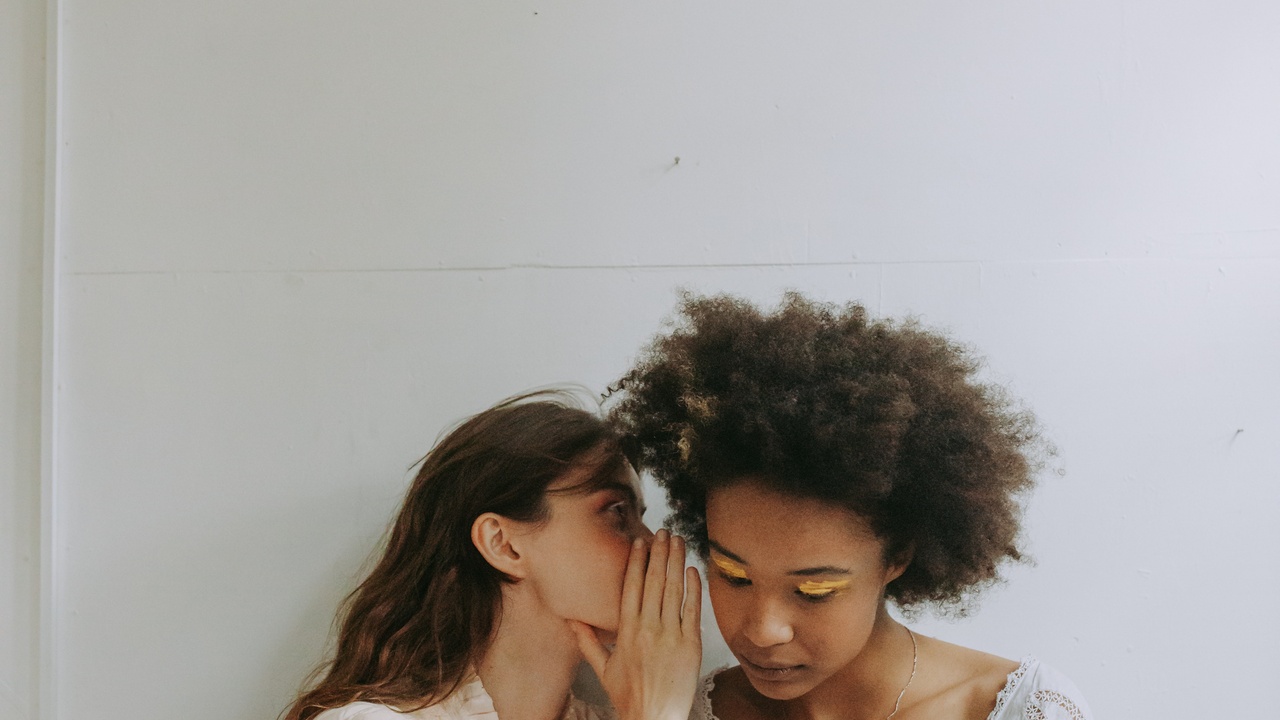 I finished watching season 2 of The Morning Show over the weekend and just watched Jennifer Aniston's character tell the world to stop gossiping and "mind your own store." After ten years of exploring why women who should be the happiest in the world are so unhappy, I've come to the conclusion that the answer lies in the whole notion of minding your own store and not getting into other people's business.

I've had several women in my wealthy suburb tell me that they enjoyed the two years of social distancing since it eliminated gossipy after-tennis or yoga coffee dates, group lunches and ladies nights out.

I asked the obvious question "why do you feel the need to go?" even though I already knew the answer.

I've attended my fair share of these apres-tennis coffees and birthday lunches and year end dinners. At first, I was happy to be included since my single mom status didn't make that a given but the private club memberships and handbag collection tipped things in my favor. ) I too found them unbearable with the same topics of conversation: kitchen or cottage renos, kids' achievements, the bad teachers at the school, trips to all-inclusive resorts in the caribbean, yoga retreats to Costa Rica, places that sell $18 juice, and the personal business of everyone not at the table.

When I ask the women bemoaning the end of COVID why they are still going to these things, they affirmed that they don't want to be talked about so they have to attend even though they hate it. (This is true: after I stopped attending these get-togethers, someone started a rumor that I had been charged with a DUI after a night out at a local resto bar. The facts I was not driving at night due to surgery complications, have one drink a year and don't tend to frequent resto bars that are part of a chain (the horror! 😱) did not get in the way of a good story. A friend finally caught wind of this rumour and I was able to put it to an end by posting on Facebook which is the equivalent of the Washington Post for this set.

I've spent the better part of a decade immersed in the world of wealthy suburban women and wanted to find out why they gossip so much and I needed to do it in a context that was not misogynistic. There is more to this than the "women like to jibber jabber" thing. These are not stupid women. Not in the least. They are as educated and bright as the women I knew in the city I knew who were not this way. They are at least as capable as the women I surround myself with now: entrepreneurs and coaches and authors and philanthropists and artists and community organizers who are far too busy and fulfilled to concern themselves with someone else’s marriage, facelift, financial status or alleged criminal nature. They are busy talking about political change, climate crisis, making money, dismantling colonialism and patriarchy, overcoming mindset blocks holding us back, redistributing wealth and helping other women become empowered. They are also talking about fashion week, travelling to experience a new culture, investment strategies, restaurants, the joy of seeing your kids gain independence, Birkin bags, and who has access to a yacht. 💎 It’s a good balance of purpose and pure joy.

I never hear them talking badly about other people. It’s just not their vibe.

The difference between the two groups is that the fulfilled and joyful and non-gossipy women are minding their own store. Literally.

They all have businesses or foundations or have a demanding job. They feel they are building something and are contributing to the world. Many have very wealthy and successful husbands and children but you’d never know it through casual conversation. Because their people are the icing on the cake, not the cake.

These women are bringing the cake to the party themselves.

Most of these women are into manifesting even if they don’t refer to it as that. They know that they need to surround themselves with high vibe people to have the energy required to succeed. Plus, high vibe people are more fun. High vibes come from feeling you have a purpose and working in a flow state with a day filled with inspired action. When you are minding your own store, literally, and spending your days serving clients, writing copy to make a connection, networking with similar minded people, you don’t want anything negative to disrupt that energy flow. So you are genuinely happy for others even when they are getting things you’d like for yourself because they are living proof that it’s possible. You don’t feel competitive or resentful: you feel inspired.

I won’t lie to you. It’s not an easy switch.

When you pull away from one community and are not yet immersed in another, it can feel lonely. And people will gossip. When you start to work after years of having time to hang out with the ladies, they will speculate around the state of your marriage and finances and the fact that you “need to work.” It’s easier when your kids are older since the gossip is much less likely to have an impact on them which is why midlife and the empty nest years are a great time to pull away.

But the busier you get, and the more you find new community, the less their opinions will matter until one day, when you are seated next to a group of them when you are having a business lunch, you’ll be shocked at what used to fill your days.

When people say they need to work, it goes far beyond the financial. Work is ego fulfilling. It’s gives your days shape and meaning. It allows you to make an impact beyond your family for which you will actually be thanked. The first time your client sends you a thank you text, or you get a payment notification or your article gets picked up by a major news source, you get a sense of satisfaction that makes you want to do even more good in the world. And unlike the way I felt after those lunches, you never feel energetically depleted after a great day of work. And even the not fun stuff (for me, it’s accounting and payroll) is OK because you know it’s a means to a satisfying end.

When Aniston tells her TV audience to mind your own store, she is chastising them for their mean spirited gossip. She’s also giving them terrific advice. Minding your own store - writing your book, launching a retail space, launching your coaching business, returning to the corporate world, starting a foundation -  is truly the secret to a happy and fulfilled life.

Grab the free workbook to start your path towards joy and purpose.